Putin's people: whom in Tatarstan the president of Russia finds attractive?

''Our people'' — as many as three – have been included in the updated executive candidate pool of the president of the Russian Federation. The corresponding list has been published these days on the official website of the Russian leader, it includes former head of Innopolis Igor Nosov, business ombudsman Timur Nagumanov and State Duma Deputy Ayrat Farrakhov. Realnoe Vremya with the help of experts found out what prospects it opens up for the natives from Tatarstan and what benefits they, in turn, can bring not only to Russia but also to their ''lesser motherland''.

Modesty of the candidates is positively charming

The phone of only one of the three Tatarstan citizens who have been included in the 'presidential cartridge clip' was available — Timur Nagumanov's. But he modestly refused to comment on the fact of him getting into the candidates pool of the president of Russia. Therefore, we have to tell about the ''reservists'' basing on their official biographies and characteristics from experts.

Former Deputy of the State Council of Tatarstan Farid Miftakhov and political expert, Dean of the Department of Sociology and Political Science at the Financial University under the Government of the Russian Federation Alexander Shatilov agreed to give their opinion about the representatives of Tatarstan and their prospects.

''Nobody returns from there''

The oldest of the ''reservists'' is 50-year-old Ayrat Farrakhov, former minister of healthcare of the Republic of Tatarstan, who became famous in this position due to the first large-scale modernization of Tatarstan medical institutions. And due to the first wave of downsizing of the ''links'' of primary health care, first of all on the periphery. Under him, a wave of downsizing was carried out in small rural hospitals recognized as ineffective, but it is also under his rule the region began to develop high-tech types of medical care, focusing them in a few, but equipped at the highest class of modern medical centres. 50-year-old Ayrat Farrakhov, former minister of healthcare of the Republic of Tatarstan, became famous in this position due to the first large-scale modernization of Tatarstan medical institutions. Photo: Maksim Platonov

In the history of healthcare, Farrakhov remained primarily as an effective manager. Despite the sharp criticism for the insufficient level of organization of medical care from President of the Republic of Tatarstan Rustam Minnikhanov in 2012, a year later he went to Moscow for promotion — to the post of Deputy Minister of Healthcare of the Russian Federation, and a year later he changed it to the post of Deputy Minister of Finance. He had to leave this post in 2016 in connection with the elections to the State Duma (from the United Russia).

This spring, Ayrat Farrakhov became famous as a legislator, and not in the most pleasant way. He joined the group of initiators of the bill No. 441399-7 ''On measures of influence (counteraction) on unfriendly actions of the United States and (or) other foreign states'', which provided, in particular, the introduction of a ban or restriction on the import into the territory of the Russian Federation of drugs produced in the United States or other foreign states. The reaction to the bill from Russian patients who could have lost vital medicines was unequivocal…

''I knew Mr. Farrakhov when he was the head of the city healthcare in Kazan,'' former deputy of the State Council of Tatarstan Farid Miftakhov to Realnoe Vremya. ''He is a hereditary doctor and has extensive experience and great efficiency. I believe that he deservedly became a minister of healthcare and deputy of the State Duma. Farrakhov is an experienced man, and I think that at the end of his term as a deputy, he could, for example, as often as it happens, go to the Federation Council. He has prospects!''

The interlocutor of Realnoe Vremya did not dare even a little to fantasise about what exactly Ayrat Farrakhov could be engaged in the future as a ''person from Putin's candidates pool'', but noted that often useful initiatives of specialists of this level remain unembodied due to objective circumstances. Miftakhov also made it clear that the only thing that, in his opinion, certainly should not to be expected is the return of the State Duma Deputy to the Tatarstan political arena:

''Have you ever seen that people return from Moscow?..''

40-year-old Igor Nosov is, perhaps, the most mysterious figure of the three who has been included to the candidates pool of the Russian president. If almost everything is known about the parents of Ayrat Farrakhov and Timur Nagumanov, then there is almost no information about the parents of Nosov on the Internet. Nevertheless, Realnoe Vremya has managed to find out some interesting biographical details. 40-year-old Igor Nosov is, perhaps, the most mysterious figure of the three who has been included in the personnel reserve of the Russian president. Photo: Maksim Platonov

As it turned out, Igor Nosov is the son of the actress of the Galiaskar Kamal Tatar Academic Theatre, Khalima Iskanderova, and Nikolay Nosov, whom Professor of the Institute of Social and Humanitarian Knowledge Vadim Pechnikov called in his memoirs ''a great expert in jazz''.

Pechnikov wrote that Nosov comes ''from the eminent family of influential pre-revolutionary Kazan merchants Zudins-Chernoyarovs'', by profession he was an electronic engineer and did not play musical instruments, but he not only collected a wonderful collection of jazz music records, but also was personally acquainted with many famous musicians, in particular, with Oleg Lundstrem. At the turn of the century, Nikolay Nosov cooperated with the newspapers Izvestia Tatarstan and Time and Money — he wrote columns about jazz. Nosov Jr., according to sources of Realnoe Vremya, inherited from their parents their artistry – he performed in school plays and even participated in the title role in the children's production of the musical Oliver Twist and sang greatly…

Having started his career at the Moscow Office of Philip Morris International, ten years ago Nosov was promoted to the head of SEZ Alabuga, then to the post of Deputy Director General of SEZ JSC in Moscow, and from 2010 to 2012 he held the post of first Deputy Minister of Industry and Trade of the Republic of Tatarstan. For the last five years, he was Director General of SEZ Innopolis JSC, and on 2 July 2018 he became acting Deputy Governor, Deputy Chairman of the government of Nizhny Novgorod Oblast.

Nosov was included in the top hundred candidates pool under the patronage of the president of the Russian Federation in November 2016 and, despite the fact that his appointment to the new position had already taken place, he has remained in the ''reserve list''.

The youngest Tatarstan ''reservist'' is 35-year-old Timur Nagumanov, commissioner under the president of the Republic of Tatarstan for protection of the rights of entrepreneurs. Although he did not graduate from a prestigious foreign university, he early showed talent as a leader, becoming commercial director of Ostin PLC in Zelenodolsk at the age of 19. After graduating from the Kazan State Financial and Economic Institute, he became obtained the degree of Master of Economics, for some time he lived ''la dolce vita'', holding senior positions in enterprises engaged in the production of sugar in Buinsk. Then, for about a year, he headed Burundukhovsky Elevator JSC, and in 2007, at the age of 24, he was appointed as Head of the Executive Committee of the Drozhzhanovsky municipal district, and then almost without a break was elected as the head of the district. The youngest Tatarstan ''reservist'' is 35-year-old Timur Nagumanov, commissioner under the president of the Republic of Tatarstan for protection of the rights of entrepreneurs. Photo: Maksim Platonov

Under Timur Nagumanov, the attempted implementation of investment project ''New village'', providing for the creation of an agricultural complex consisting of 140 modern mini-farms, failed in Drozhzhanovsky district. The psychology of local farmers prevented to realize it — they were not ready to work for a modest salary at alien farms and settle in a specially built for them, but rented housing. Besides, in 2009 a scandal concerning non-payment of salaries to employees of Kolos PLC, established by the father of the young head of the region, erupted. However, Nagumanov Jr. remained sitting in the seat of the head, only in January 2013 he was appointed to his current position.

''I always ask people's opinion about the head, about the official — people always spoke well about Mr. Nagumanov,'' former Deputy of the State Council of Tatarstan Farid Miftakhov told Realnoe Vremya. ''As for the fact that he has never actually been an entrepreneur, and now he protects the rights of entrepreneurs… So it's even good! If a person from this environment, an entrepreneur, is engaged in this, he may have some personal interest at a certain stage. This cannot be allowed because the task of the ombudsman is to gather, unite and bring to the President of the Republic the necessary information, and not to solve some private small issues, for example, with loans… Nagumanov is suitable for this work, he has a view of a person from the outside.''

''The candidates pool under the president of Russia is built for the future, so it includes managers of different professional orientation, of different ages and with different career biographies,'' political expert Alexander Shatilov said in the conversation with the correspondent of Realnoe Vremya. ''This is indicated by the list of candidates included from Tatarstan. They represent actually three generations of different experts: two businessmen, one figure of medicine. Two of them have rich experience in government, and one of them has experience in innovative business. These are candidates for all occasions.'' 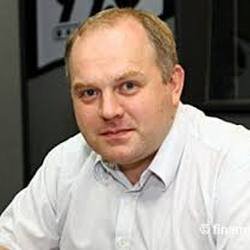 Alexander Shatilov described Former Minister of Healthcare of the Republic of Tatarstan Ayrat Farrakhov as ''an old-timer by the standards of candidates pool'':

''He is kept just in case, he can be necessary. This does not necessarily apply to the federal level — an experienced specialist can be useful in another region as well.''

The expert spoke about Igor Nosov and Timur Nagumanov as ''representatives of the team of young pragmatists who have gone through the domestic and foreign school.''

''In my opinion, such scenario is logical,'' Shatilov noted. ''Here young people have even more prospects than old-timers do. Recently, Putin has been attracting young 30-40-year-old personnel to the leadership positions, the governor's corps and the bureaucracy apparatus are being updated at the expense of people with a vision of the economic situation of the twenty-first century…''

''Many of our young managers have received Western education, but this does not mean that they should be pro-Westerners in the worldview. Peter I also sent young people to study abroad, and then they acted as patriots. Today's young people — it is pragmatists that treat the West rationally, they do not have blindly admiration or charm, they don't see it as hostility. They have a pragmatic patriotism, which is now constructive for Russia.''

Alexander Shatilov believes that the current appointment of Igor Nosov in Nizhny Novgorod Oblast is, so to speak, only the first step. He says that in the Kremlin it is accepted ''to test'' young specialist on regional positions before more serious appointments. ''Is it a lot or a little for Tatarstan — 3 out of 138 positions of the candidates reserve?'' the correspondent of Realnoe Vremya asked.

''Is three enough? Well, here we are not talking about regional quotas, much depends on a person. Now the selection of management personnel is carried out not only from the point of view of the prospects of the person — the more important their reliability. They must be sure that a person can be trusted with a state secret. I think Tatarstan will grow with the personnel reserve.''