Another 'Fires of Pompeii': how residents and tourists survive in the area of forest fires in Greece

Fire almost ''ate'' one of the towns near Athens, Russians living nearby are complaining only about smog, travellers do not cancel their holidays in Greece

The south-east of Greece was engulfed by fire, which quickly spread to the resort towns near Athens and claimed the lives of more than 70 people on Monday. Nevertheless, the emergency situation have not repelled Russian tourists from travelling there — representatives of the tourism industry note that the demand for Greece has not fallen and people do not cancel their trips. In Tatarstan, as Realnoe Vremya found out, the area near Athens is not popular even for excursions — tourists prefer to rest on the Islands of Crete and Rhodes. Only Russian-speaking residents of the capital felt the consequences of the fires. Read the details in our material.

In Greece, the week began with a national tragedy — the resort towns near Athens and Corinth were covered by forest fires, which were promoted by 40-degree heat and strong wind. The fire broke out immediately in six settlements from Athens to Corinth. The fire quickly turned into a national disaster — people and animals escaped from the fire in the sea, where they were taken by sailing yachts, rescuers evacuated residents by helicopters and boats. More than 600 people and about 300 units of equipment participated in fire extinguishing.

The town of Mati near Athens suffered the most, it has been almost completely burned.

Greece could not cope with the scourge by its own forces, therefore, requested help from Europe. Spain responded to the SOS signal and offered to send two fire aircrafts. However, Greece did not take advantage of the offers. The representative of the press service of the General Secretariat for Civil Protection of Greece Spyros Georgiou explained TASS on Tuesday that the situation with the fires improved and the need for assistance disappeared. The fire broke out immediately in six settlements from Athens to Corinth. Photo: ntv.ru

According to Russian Federal Agency for Tourism, there are no Russians among the dead and injured. Nevertheless, in the region of Attica there are being about 2,000 organized tourists from Russia. They did not call the hotline of the federal agency, and the agency believes that they are not in danger.

Head of the tour operator Muzenidis Travel Alexander Tsandekidis told the Association of Tour Operators of Russia (ATOR) that there are about 60,000 Russians resting in Greek resorts today.

Journalist and blogger Lia Igamberdieva is a native of Kazakhstan, she has lived in Athens for 7 years. The journalist told Realnoe Vremya that the fire was far from Athens, about an hour and a half away, so the fire was not seen from the city.

''On Tuesday night there was a heavy smog in air and strong gusts of wind brought ashes. Together with the terrible shots from Instagram it was possible to imagine this infernal conflagration that broke out in the residential areas of Attica. Animals, both domestic and wild, were badly damaged. Veterinary teams with volunteers are gathering turtles, dogs, foxes, cats and birds from the burned sites,'' she told.

The Athenians themselves did not face the consequences of the fire, but quickly organized assistance to the victims.

''The way of life of the Athenians themselves has not changed! Due to extensive information flow from social media, there have been plenty of aid points to collect medication, long storage food, diapers, water. There was no panic among the local population, everyone quickly organized and worked as a single mechanism! Today, the authorities announced that the products are no longer needed. They are asking for volunteers to help move everything in the disaster areas,'' says Lia Igamberdieva.

She has 16k subscribers on Instagram, and through the media platform she tells where and what kind of help they can provide. Especially for Russian-speaking tourists, the journalist and blogger began to translate the information into Russian — so that they were not afraid to go to Greece and understoond that it is safe to rest there.

A flashmob in support of Greece has taken place on Instagram. There are over 20k posts under the hashtag #prayforgreece. It was reported that the Greek football club PAOK promised to transfer to victims of fires money for the match of the Champions League with Basel. The state continues to receive condolences from other states. Russian President Vladimir Putin sent his words of sorrow and sympathy. He also offered assistance in eliminating the consequences of the largest fire for the country over the past decade. Alexander Tsandekidis said ATOR that about 60,000 Russians are resting in Greek resorts today

Demand for Greece is only growing

Dmitry Malyutin, the director general of Russia's largest online booking service Level.Travel, notes that the fires have not affected the demand of Russians. 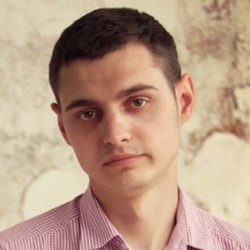 ''Greek resorts continue to be popular, despite the fires in the country. The thing is that the Russians prefer to rest on the islands, while the elements raged in the continental part. It is obvious that the fire will not be able to spread through the sea space,'' the expert says.

According to ATOR, Greek airports received 305,000 Russians in the first six months of 2018 — it is by 5,2% more than in the same period of 2017. The airport of Athens has registered 51,000 citizens of Russia over this period, which is by 38% more than last year. Level.Travel confirms the growing interest of Russian tourists to Greece. The number of tour purchases through the service has increased by 49% over the year. Among the most popular places Dmitry Malyutin named the island of Crete (34% of all bookings), where Russians prefer to rest in Heraklion, Malia and Hersonissos. The second most popular island is Rhodes (17% of bookings). Corfu island, where the rest is much more expensive than in the two above places, round out the rating. If the average price of the tour cost 68,000 rubles, then, for comparison, the same Crete will cost the Russians from 36,000 to 53,000 rubles. However, 3% of travellers go to Corfu using the online service.