Several state programmes intended to support demand for light passenger vehicles in the Russian market are likely to finish this year. Instead, the Kremlin plans to focus on encouraging auto export as well as other non-oil and gas supplies abroad, such as export projects in the aviation and special machinery sectors.

Russia's government is shifting its focus from boosting domestic vehicle demand to encouraging export, reports Automotive Logistics. In 2017, the state spent 62,3 billion rubles ($1 billion) to help local carmakers. But a new development strategy for the Russian automotive industry sets no targets on domestic demand but places a new focus on export. According to the plan adopted by the authorities in May, Russia's auto export will increase almost threefold from 83,400 units in 2017 to 240,000 units in 2025.

At the end of 2017, Minister of Industry and Trade Denis Manturov announced that the government would cut direct funding for industries in which solid growth was evident. Instead, 100 billion rubles would be spent between 2018 and 2021 to support non-oil and gas export by funding export projects in the aviation, special machinery and automotive sectors.

''Government support for export activities is essential at the moment for the Russian automotive industry,'' considers Tatiana Hristova, manager of Central and European Light Vehicle Sales Forecasting team at IHS Markit. She emphasises that this support is of great help to Russian original equipment manufacturers (OEMs) like Sollers and Gaz, while for global OEMs decisions about vehicle export are based on other arguments such as trade relations and trade agreements with other countries. ''This is where the Russian government could support the automotive industry much more.'' 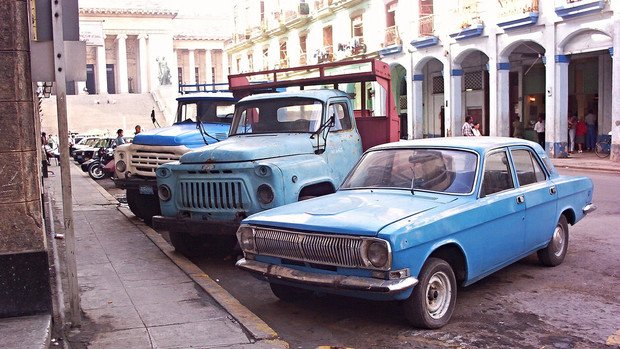 At the moment, foreign OEMs are not seeking to make their Russian production operations more central to their global supply chains. In 2017, only Volkswagen Group considered Russia as a production hub for European buyers. The company exported 15,600 Škoda Yetis to Central and Western Europe due to the capacity shortage in the Czech Republic. According to Hristova, last year's case confirms that Russian assembly facilities comply with the highest requirements of global manufacturers and that low vehicle export from Russia is mainly related to the fact that global markets are already very well covered by different production plants.

In addition to exporting Skodas, Volkswagen also exported 2,000 VW-branded vehicles in 2017, says Azat Timerkhanov, senior analyst at Russian consultancy Autostat, adding that the second-biggest finished vehicle exporter in the country was Avtovaz, which delivered 10,100 units to countries outside the Customs Union. It was followed by Renault (3,700 vehicles) and Hyundai (2,000). Analysts also consider that Russian Gaz Group and UAZ can succeed in promoting their products on the international market in coming years.

''It is difficult to say what will happen in future. But whatever the case, Russian OEMs remain interested in new markets and will continue developing exports. Still, [demand in] our domestic market has not yet reached the pre-crisis levels, and it is not clear when they will be reached, while assembly plants in the country are only running at about half their design capacity,'' says Timerkhanov.