'This holiday is not for us': domestic tourism agencies waiting out World Cup

Tour industry participants are waiting for an increase in demand after the World Cup, but stating about a decline of interest so far

If in general the World Cup, of course, have brought Kazan many advantages, including a significant increase in foreign tourist flow, but Russian tourists who prefer low-cost travelling, on the contrary, were scared away by high prices. Travel agencies state about a decline in demand and are in anticipation of the end of the World Cup, when they expect increased interest of domestic travellers to the capital of the republic. Meanwhile, as the correspondent of Realnoe Vremya found out, Sviyazhsk did not lose from the influx of fans, but maybe even won — since the beginning of the World Cup it has been visited by about 17,000 foreigners.

''This holiday is not for us''

The World Cup did not have the best effect on domestic tourism — as long as Kazan is directing all its forces to the fans, many of whom have come to Russia for the first time from other countries, domestic travellers are postponing their visit to the capital of Tatarstan until better times. Therefore, some of the travel companies have prudently retrained to work with fans, while others — in anticipation of the results of the championship are waiting for its end.

''After the experience with the Confederations Cup, we came to the conclusion that the World Cup is not for us because ordinary budget tourists, whom we serve, had to refuse from travelling because of high prices for accommodation. This holiday is not for us, so to say,'' the interlocutor of the publication said. 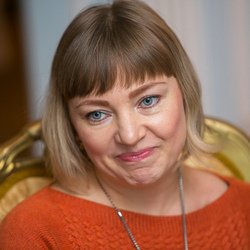 According to Svetlana Pimenova, director of Itil-Tour tour company, both hotel prices and other services increased in price during the World Cup.

''During the championship, tourists are frightened off by the prices in the city for hotel services, transport, because everything really has risen in price, and people who go for a sightseeing trip, refused it, because the championship is very expensive. So, people have postponed their trips to a later time. Yes, indeed, the flow has decreased greatly. We feel it, because our company is engaged in tour groups, so we feel it significantly,'' says the director of Itil-Tour.

''We will earn on the results of the championship for Kazan''

At the same time, travel agencies involved in the reception of tourists expect that such a major event will give its results — the tourist attraction of the region will grow and the demand will also grow.

''Most likely we will earn on the results of the championship for Kazan. The objects after the competition will remain and it attracts tourists. I know from my experience that after the Millennium, after the Universiade, we had an increased flow of tourists. Therefore, we are not particularly upset, we always live with the hope for the best and hope that after the World Cup we will have good applications from tourists from all over Russia,'' said Resida Dovgal.

Now the travel agency actively accepts applications for tours in July and August — after the World Cup. At the same time, for August alone the demand began to grow six months ago. Zilant-Tour PLC works mainly with employees of budgetary organizations, and so it coincided that for them the season just begins at the end of August, in September-October. ''So I would not say that the demand has dropped significantly, I am optimistic about this. The most important thing is not a one-time event, but well-established work to attract tourist traffic. Moreover, we still have a lot of such events — both in Tatarstan and in Kazan. We just need to be able to switch to some other activities related to tourism. To the organization of field trips for the residents of the city,'' Dovgal found the solution.

Chairman of the Tourism Industry Association of the Republic of Bashkortostan, the head of Hazina Tour Komil Sirazetdinov notes that from Bashkiria to Kazan the demand fell 2-4 times compared to the year before, but now it is starting to grow significantly — just by the end of the World Cup. The speaker did not compare the figures with last year because then Tatarstan hosted the Confederations Cup. The interlocutor of the publication also sees nothing bad in decreasing demand.

The entrepreneur felt a rise in prices in hotels of Kazan. He said that almost a week in the capital of Tatarstan during the World Cup for the whole family in the hotel on Bauman Street cost them 100,000 rubles. At the same time, the prices for the same room changed — if on the day of arrival the cost per room per day was set at 16,000 rubles, then it rose to 24,000 rubles, in a few days — up to 27,000 rubles. 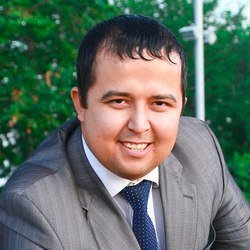 ''I do not have a negative attitude to this, but it would be great to adjust the situation with hotels. Not all hotels accept foreign tourists, but they tried to play on this — they forgot about loyalty to their partners, it is. So, I expect in the long term that the World Cup for Kazan, Tatarstan, as a developing tourist centre, will be an impetus for the development of international tourist flow,'' said Sirazetdinov.

The State Committee on Tourism explained Realnoe Vremya that it is impossible to divide the flows of fans and tourists who came to see the city purposefully. Therefore, there is no official data on the number of the latter. At the same time, it is known that the championship played into the hands of the pearl of Tatarstan — the island-town of Sviyazhsk. The authorities did not expect a large flow of people during the World Cup — it is all because of the long distance of objects from Kazan. Nevertheless, Executive Director of the Republican Fund for Revival of Historical and Cultural Monuments of the Republic of Tatarstan, Deputy Chairman of the State Council of the Republic of Tatarstan Tatyana Larionova told the city press centre of the World Cup that Tatarstan ''Buyan island'' was very popular among the guests of Kazan. Since the beginning of the World Cup it has been visited by about 17,000 fans and representatives of the countries playing in Kazan.

The most interesting for visitors of Sviyazhsk is the interactive platform of the complex of historical reconstruction Lenivy Torzhok.

''There is the reconstruction of historical battles, you can wear armor, even the football theme is somehow connected with Sviyazhsk. It is demonstrated, that is why Lenivy Torzhok these days, of course, is very popular — you can drink tea and to eat pancakes. Foreign guests who come here really like this,'' said Tatyana Larionova.

Many guests, she said, are also interested in the history museum of Sviyazhsk and the Orthodox Church. The most interesting for visitors of Sviyazhsk is the interactive platform of the complex of historical reconstruction Lenivy Torzhok. Photo: kidsreview.ru

Veliky Bolgar because of the longer distance is in less demand. It has been visited by less than 5,000 people.

Among the representatives of different countries Tatyana Larionova especially highlights the Mexican people.

''Despite their temperament, they become completely different when visiting our monuments. They visited Sviyazhsk and Bolgar. The biggest Quran attracts everyone in Bolgar — it is obvious. This is, of course, one of the most visited objects,'' said the executive director of the fund. 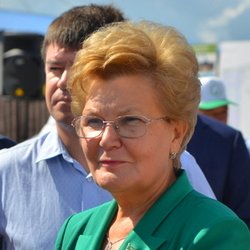 In general, Tatyana Larionova notes that Tatarstan monuments, especially religious ones, are very popular among foreign fans. The statesman also shared her impressions about the visit of Japanese Princess Hisako Takamado to Kazan.

''I was lucky to accompany the Princess of Japan when she visited Kazan. She was in the mosque Kul Sharif, and in the Cathedral in the Kazan Kremlin. When we invited her to visit the Holy Cross Church, where now the Icon of Our Lady of Kazan is located, despite the fact that it was not in her schedule, she accepted this invitation with great pleasure,'' the speaker said.