As the composition of the new Russian government remains undisclosed, experts make their assumptions about probable appointments and predict what changes will these appointments bring to the country's economy and policy. Aleksandr Novak, the current Minister of Energy, will keep his office, although some rearrangements may still occur in the sector.

New government appointments in Russia will bring some changes to the country's oil policy with both internal and external consequences, considers Viktor Katona, an expert on Oilprice.com. Minister of Energy Aleksandr Novak, who is widely credited for strengthening relations with Saudi Arabia, will remain in his position for Putin's current term. However, instead of previous Deputy Prime Minister in charge of energy Arkady Dvorkovich, he will be aided by Dmitry Kozak, who was earlier in charge of regional development. Dvorkovich had rather tense relations with CEO of Rosneft Igor Sechin, as the two competed for influence over Russia's energy policy. As for Sechin, many analysts now expect that his influence will increase even further.

Russia is likely to avoid any major controversies among its top oil producers (Rosneft, Lukoil, Gazprom Neft, Surgutneftegaz, Tatneft). The nationalisation and ''securitisation'' (incorporation of Federal Security Service officers into national companies' organisational structure) seem to slow down. It is widely expected that the new government will be more liberal than the previous one and include more proven technocrats and less military hardliners. 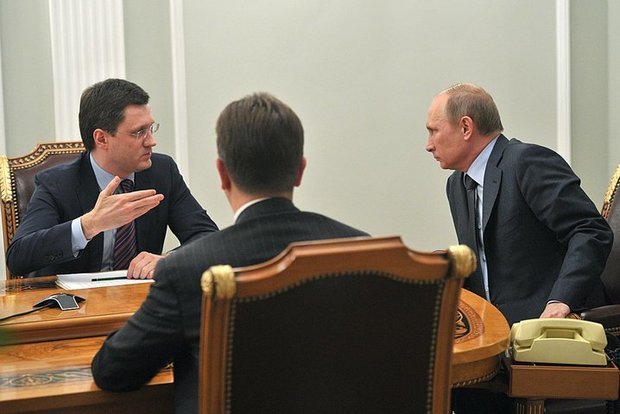 Minister of Energy Aleksandr Novak will keep his position for next six years. Photo: kremlin.ru

In the medium term, the new government will seek continuity, first of all, with the OPEC-non-OPEC agreement, believes Katona. So far, freezing the national oil output at the 2016 annual level has helped Russian energy companies earn additional 500 billion rubles ($8 billion), while the state has got additional 1,2 trillion rubles (roughly $20 billion). The output limitations were implemented mostly through shutting marginal West Siberian wells in order not to obstruct the long-awaited commissioning of greenfield projects in Eastern Siberia and the Caspian Sea. As a result, Russia's potential spare capacity currently amounts to 500 000 bpd, which is a significant development opportunity for the national oil sector.

Regulatory progress will remain slow, and a tax reform of the energy sector isn't likely to be implemented before 2019. Besides, the expert supposes that the government can open up the country's Arctic areas, which are currently accessible only to state-owned Rosneft and Gazprom Neft. If not all private majors, at least Lukoil is likely to gain permission in the short term.

Finally, the Ministry of Energy will have to deal with the ongoing quality deterioration in Europe-bound oil flows. Ural's density and sulphur content have grown considerably because of an increasing amount of lighter oil exported to China.