The forensic science services of the Russian Internal Affairs Ministry celebrated its 99th anniversary on March 1st. By the time of professional day, the division in Tatarstan updated its armament — now common practice is not only to capture fingerprints, but also to catch a criminal by DNA trace. Thanks to genetic expertise this year the experts have managed to solve a crime happened a decade ago — the evidence was waiting for a technology would be able to decipher them. Read more in the article of Realnoe Vremya.

Experts against code grabbing and skimmers

The building of the forensic centre of the Ministry of Internal Affairs in Tatarstan is located on Pervogo Maya Street in Kazan. On four floors there are laboratories, in the yard – an explosive ordnance disposal camera. It is a new acquisition, which they are very proud of. It allows to conduct research on explosives and explosive devices. The camera can withstand explosions equivalent up to 200 grams of TNT — it's about two grenades. Earlier, they had to involve the bomb squad for such experiments and go to the training ground.

Another pride is a radio-engineering laboratory, which was acquired less than a year ago. ''It is not just linoleum, it is an antistatic coating,'' Anas Mukhametzyanov, the head of the centre, points to imperceptible trifles.

Here, it is particularly sensitive equipment for investigation of crimes committed using modern technology — so-called code grabbing, when motor vehicle thefts are committed using a device that reads the code from the car alarm. Skimmers are also a profile of the radio engineering laboratory, and also everything that is connected with remote control of self-made explosive devices and hidden tracking means.

''Any electronic device broadcasts, and it is possible to determine the frequency at which the signal is emitted. We can do it in the field,'' Muhametzyanov was pointing at his laptop. ''The device itself is not a proof, but if we detect it, we can find traces of hands on it — that is, one helps to prove the other.'' 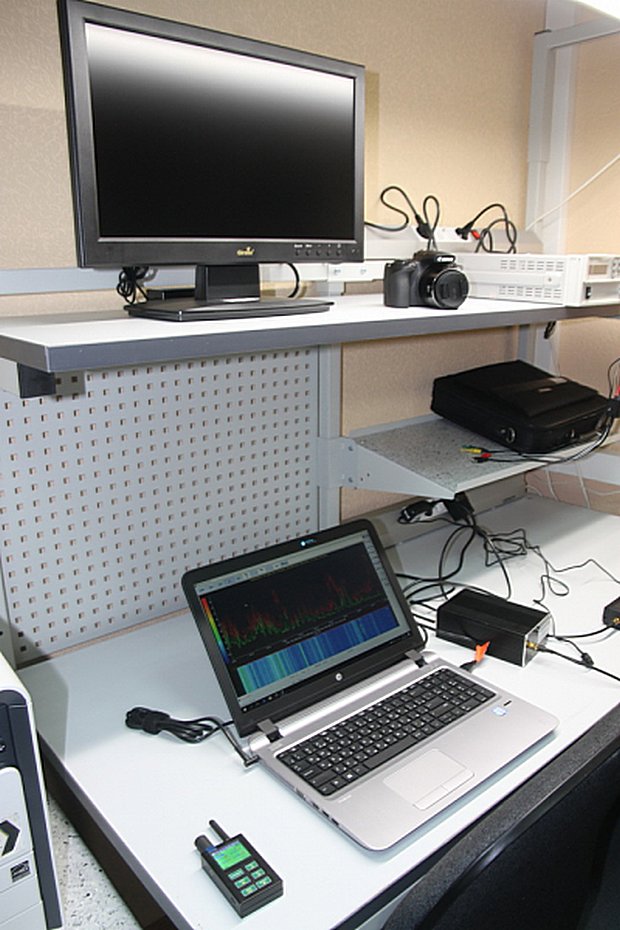 Is it possible to cheat the lie detector?

The forensics are also armed with a lie detector. In a small room there is a chair with sensors, microphones and video cameras are directed at it. Next to it, there is the working place for psychophysiologist Tatyana Dvorkina. She is the first and yet the only officially recognized forensic expert in psychophysiology in Russia. Polygraphs are now no surprise to anyone — the security services of banks, large retail chains test their employees, but the internal affairs ministry claims that their apparatus is the most perfect. Only a spy can cheat it.

Anyway, there are methods even more perfect. It is not necessary to measure heartbeat or pressure: a helmet with a video camera is put on a person's head, it records the pupil's reaction — even spies have not learned how to control it yet.

The polygraph is not a popular procedure, it is carried out only at the request of the suspect. The forensic centre of the Ministry of Internal Affairs in Kazan, it is carried out no more than once a week. The procedure is preceded by a long preparation of the expert himself, who, before starting the questioning, carefully examines the materials of the criminal case. 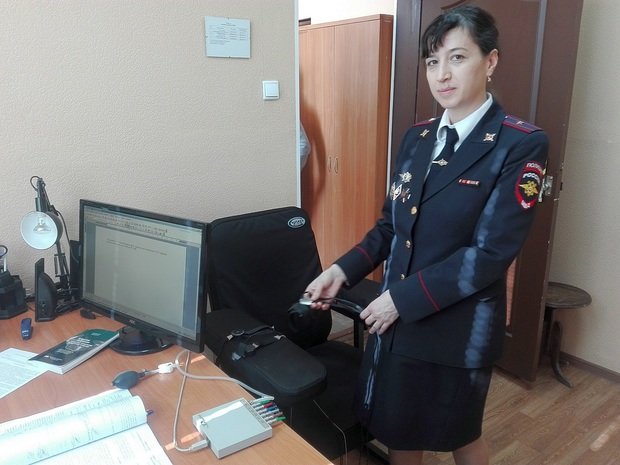 Tatyana Dvorkina is the first and yet the only officially recognized forensic expert in psychophysiology in Russia. Photo: Daria Turtseva

One of the familiar forensic procedures, without which no talk show would be complete today, is DNA testing. However, here it is done not to establish paternity, but to unmask the criminals. One of the recent examples is the disclosure of the murder of a numismatist committed in December 2017 in Kazan.

In 2017, the forensic centre's experts carried out 1,028 testings, with the help of which 129 crimes have been solved. The only disadvantage of this method is the high cost.

''There is an increase in effectiveness of DNA testing in solving the crimes. But you know how expensive it is to identify a person by DNA. We have taken all measures to save funds and expendable materials, especially because every year the funding becomes less. But at the same time, the quality of work is improving — with a decrease in funding by almost 50% compared to last year, we have solved crimes by 15% more,'' says the head of the forensic centre of the Ministry of Internal Affairs of the Republic of Tatarstan. 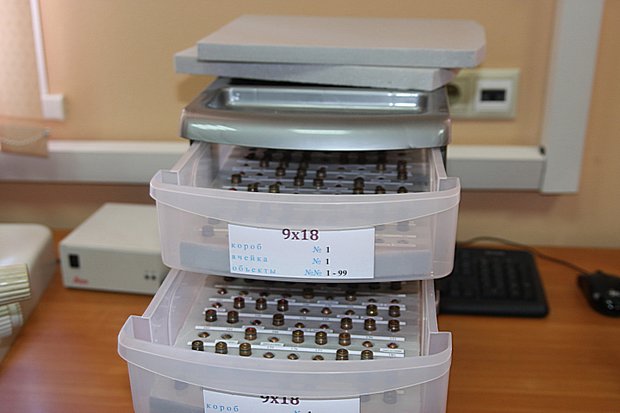 The forensic centre of the ministry of the internal affairs employs 300 experts that can do 49 out of 50 possible testings. The only exception — gemological examination — the study of precious gems. In Tatarstan, over 25 years it has been necessary only once, but the materials were sent to Moscow. They see no sense to keep a valuable employee here for such exceptional cases, gemologists are in demand in the regions where precious gems are mined — in Yakutia, in the Far East.