Rustam Minnikhanov: ''Whatever they say about Lenin, he did not sell the country''

''If someone comes to you for polymers, answer them that you do not have ones, but if you establish enterprises in Nizhnekamsk, Chistopol, we can consider,'' Rustam Minnikhanov in a joking manner ''taught'' the generals of Tatarstan petrochemical industry to develop the processing inside the republic, not to supply on the side. On Monday, at a meeting of the Board of Directors of Tatneftehiminvestholding, it was approved the list of hydrocarbon raw materials, which from next year will be supplied to an electronic exchange for the purchase by small and medium businesses of Tatarstan. What Director General of Tatneft Nail Maganov asked the president of Tatarstan and how Tatmekhservis, under the patronage of Professor at the Gubkin Russian State University of Oil and Gas, decided to enter the oil service – read in the report of Realnoe Vremya.

Petrochemistry to the development of small and medium businesses

Top officials of the largest Tatarstan producers of scarce polymer raw materials have come to the final of the year with an agreed programme of mutual supplies for small and medium-sized businesses. At the last meeting of the Board of Directors of Tatneftehiminvestholding of this year, it was approved the list of hydrocarbon raw materials and petrochemical products, which must be shipped for enterprises– processers of raw materials within the country. According to Director General of Tatneftehiminvestholding Rafinat Yarullin, the list contains over 330 items of raw materials, including popular among Russian processors polymer flake. ''There were many questions, but we took them off on the last days. It remains only to conclude agreements,'' he assured the president of Tatarstan. 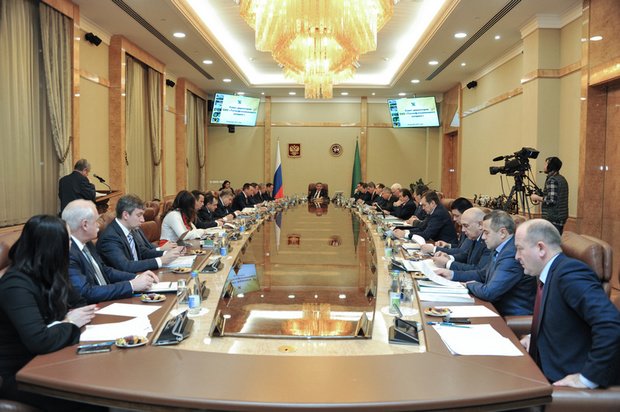 The head of Tatneftehiminvestholding, acting in the role of a network supply coordinator, did not specify the volumes and positions, which next year will appear at public auctions

At the same time, part of petrochemical raw materials will be put out for tender. The head of Tatneftehiminvestholding, acting in the role of a network supply coordinator, did not specify the volumes and positions, which next year will appear at public auctions. Obviously, this innovation seeks to expand access to procurement of scarce raw materials for a wide range of processors. And with that, to avoid fixed price, which did not suit the major manufacturers. ''In some positions, it has been decided to make shipments via electronic trading. But I still draw your attention to that the products that go through electronic auctions in the first place should ensure the needs of small businesses of the republic,'' he stood up for the interests of SMEs. And he warned that the government would ensure that raw materials were supplied to them on purpose. ''The holding, together with the ministry of industry and trade, will conduct quarterly monitoring of shipments of raw materials,'' he said. At the same time, Rafinat Yarullin focused attention on a shortage of several goods items, the lack of which affects the operation of many businesses. According to him, in the top there remain scarce ethylene, polypropylene glycol, isocyanates, linear alkylbenzenes. ''The list is very large, but these are the most important,'' he listed. However, these gaps are not going to be forever. As reported by Rafinat Yarullin, these projects will be considered in the near future. And reminded that the terms of the supply of petrochemical raw materials for SMEs this year has been fully implemented.

The major note of Rafinat Yarullin was taken up by the president of Tatarstan. Rustam Minnikhanov from the first minutes began to thank TAIF Group and Tatneft for businesslike and constructive interaction in the matters of supply to SMEs. ''TAIF Group and Tatneft — it is primarily they are major suppliers of raw materials. In no region of the country there is such a diversity of polymers as in our,'' he praised the tandem of petrochemical and oil industry. Then he reminded about the multiplier effect to the economy of other industries, when one ruble in the petrochemical industry gives a minimum of 3-4 rubles in the services and further processing. ''Petrochemical products are valuable: every redistribution gives the added value and it turns out a good business,'' he concluded. 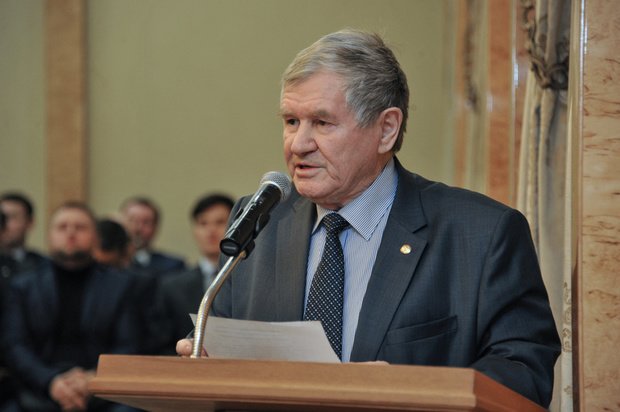 Rafinat Yarullin focused attention on shortage of several goods items, the lack of which affects the operation of many businesses

The best business is at the entry of supplies

''The factory of business was held on Sunday. Actually, there are many good ideas and those wishing to engage in this business. To organize a business — a simple task, but to run — more difficult,'' he shared his impressions from meetings with entrepreneurs. ''So we ought to do a few things: to create an environment, to educate people and to give infrastructure. But, of course, the best business is when you're standing at the entry of supplies to some companies,'' the president ironically told about the stealth of SMEs. But there are also positive examples. ''For example, the company Ai Plast (Nizhnekamsk manufacturer of plastic containers for collecting garbage near residential areas – editor's note) takes 40-50 tonnes of polypropylene! It is a company we need to create!'' the president urged, letting them know that big companies can surround themselves with those who are able to process raw materials in the immediate vicinity.

Raw materials processors will be put under the flag of TOSER

As it is known, in the framework of the presidential programme to achieve a 30% level of processing of petrochemical raw materials inside the country, large companies on purpose ''assign quotas'' to export raw materials for the needs of SMEs. But if before the calls were, frankly speaking, unaddressed, now there is a specific thing. Yesterday, the president of Tatarstan put forward a fresh idea — to fill the three new cities with a status of priority development TOSER with small businesses from the processing of petrochemical raw materials.

''We are reporting: Nizhnekamsk, Zelenodolsk, Chistopol have received the status of priority development areas (TOSER). If someone came to you asking for polymers, answer — we do not have ones, but if you create enterprises in Nizhnekamsk, Chistopol, we can consider. Let them create there,'' the president instructed the petrochemistry workers. ''We have 63 municipal sites, they should be loaded.''

Why Lenin: we also made mistakes

Oddly enough, but the chemical reaction on these units followed from the oilers as well. Taking advantage of the good mood of the president, Director General of Tatneft Nail Maganov reminded that it was necessary to load the idle plant of Tatneft JSC for the production of synthetic oils with raw materials. ''Everything is ready for launch, we need the supplies of alpha olefins,'' he tried to negotiate directly at a meeting of the generals of large businesses. ''Because Rafinat Samatovich was at its origins,'' the head of Tatneft pulled the trump card. ''And I also was at the origins,'' the president rebuked him. ''We went, opened, boasted. It's time to find a logical conclusion to this topic,'' Rustam Minnikhanov agreed. But it remained unknown whether a supply contract was signed. Returning to this subject, Rafinat Yarullin to some reason remembered that Lenin also made strategic mistakes. ''You have probably watched the new film,'' the president said. ''Now they like to present Lenin in a bad light. This film is a little biased. Whatever they say about Lenin, he did not sell the country. There were mistakes, but maybe you and I also made them. For example, we haven't finished the plant,'' Minnikhanov sadly noticed, addressing to the head of Tatneftekhiminvestholding Rafinat Jarullin. After a half-hour session on raw materials supplies for SMEs, the Board of Directors of Tatneftehiminvestholding moved to the hearing of presentations of innovation companies, which traditionally fill the agenda of each meeting of the holding company. First the floor was given to Professor of the Gubkin Russian State University of Oil and Gas Vladimir Ivanovsky. The Moscow guest suggested opening on the basis of the Tatarstan company Tatmekhservis from the Verkhneuslonsky district the production of interchangeable products with a special coating for centrifugal pumps, by which the oil is extracted. ''Steps is the most popular type, which is produced more than 10 million units a year. The coating with micro-arc oxidation allows to increase 5 times the hardness and wear resistance of those elements that work in the presence of abrasive wear. This will reduce the cost of the oilers for underground repairs and to create high-tech production on the territory of Tatarstan. There are orders from Rosneft for Samotlor, from Lukoil-Perm and the Samara division of Rosneft,'' he described the prospects. ''Nail Ulfatovich, do you know this,'' the president asked the opinion of the head of Tatneft. But judging by his sluggish response, the CEO of the oil company was not happy. ''We haven't tried yet,'' he responded skeptically and offered to conduct a joint technical council. ''Let's do the following — we have heard you, got interested, and then maybe buy the patent or a supply agreement,'' the president decided for everyone.