A law on telemedicine comes into force in Russia on 1 January. The director of a clinic tells whether it is good or evil

Even before the entry into force of the law on telemedicine, the doctors had the right to consult patients online, and after the new year the doctors and medical facilities can be included in the Federal register of medical organizations of the Unified state information system in the health sector and to obtain the enhanced qualified electronic signature, which, in essence, will shift online consultation in the status of medical services. The director of the Kazan clinic Genesis, which in early December has become the first regional partner of the project Yandex.Health, believes that the new law will be a breakthrough in the field of healthcare. Rim Safiullin tells about the first results and forecasts of in the newspaper column written for Realnoe Vremya.

The future of medicine belongs to personification

The concept of telemedicine is much broader than a direct communication between doctor and patient. Initially, telemedicine assumed remote communication in the perimeter doctor-doctor. Our regional hospitals have long been communicating with Kazan colleagues by video conference, holding consultations, analyzing complex cases. Diagnostic data is promptly transmitted through telemedicine channels and further treatment is discussed.

The doctor-patient communication via the Internet channel is a new stage in the development of telemedicine, which will strengthen the trend of personalization in health care. Its essence is that doctor and patient will have an opportunity to contact each other more often. Telemedicine involves the concept of ''remote biomonitoring'' when health care providers use remote monitoring systems to monitor the health of patients. The doctor monitors the patient at a distance and can quickly intervene in the ongoing therapy, change recommendations. Remote monitoring is often used for monitoring of elderly people who are unable to carry out necessary medical manipulations by themselves. 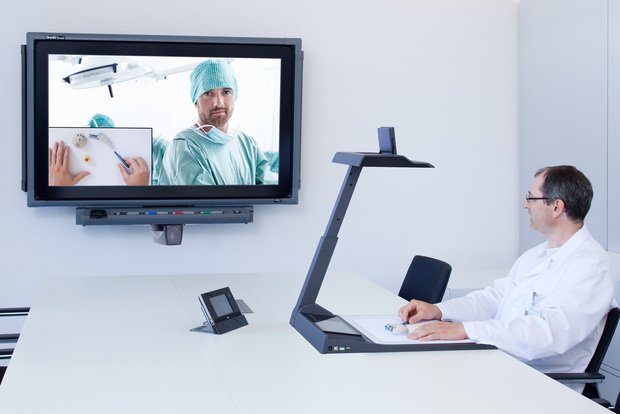 Russian patients suffer to the last

Today in America and Europe telemedicine in the format of doctor-patient is the current standard of medical services. In the US for the last 3 years, annual growth of telemedicine market has amounted to 60-67%. This is a huge figure. If in 2012 the number of online visits to the doctor in the US amounted to 344,000, the forecast for 2018 is 7 million people. Moreover, people in the West use the services of telemedicine in the most innocuous questions. The ease of obtaining medical advice gives people an extra reason to turn for assisstance at an earlier stage, and, as a consequence, to solve a health problem more effectively and faster.

In Russia the situation is different. The culture of going to doctors in early stages of a disease is only coming to the minds of our patients. Free medicine, severe and patient mentality impose its own characteristics on the frequency of requests for medical assistance. Having a certain symptomatology, a European person feels terrible, but Russian people having the same symptoms would say, ''I'm ok, I am going to work.'' Seeking for assistance in the format of ''when push comes to shove'' continues to be a big problem of Russian health care. This behaviour is often connected with the fact that people do not want to lose their precious time and the time off from work or spend a weekend. Telemedicine should help to reverse this passivity of Russian patients. There is an additional channel of communication, people will be able to contact doctors directly from workplace or from home. 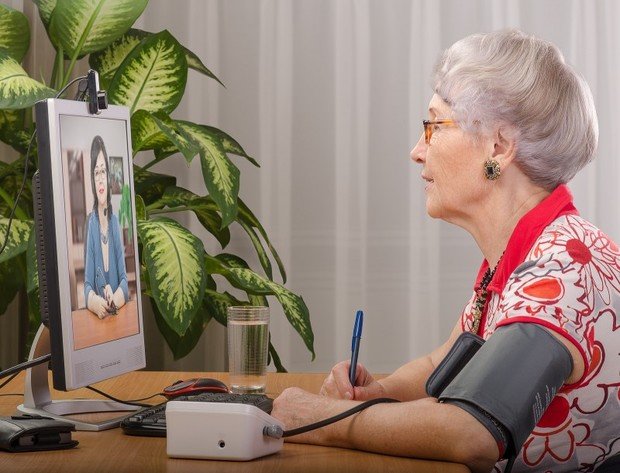 ''Remote monitoring is often used for monitoring of elderly people who are unable to carry out necessary medical manipulations by themselves.'' Photo: v-chelny.ru

Men have a lot of questions, but they have to remain silent

I think those who at least once have sought telemedicine services appreciate its convenience. For example, young parents often need operative communication with a pediatrician, sometimes at night. Now you can contact a specialist through the app Yandex.Health and after 30-60 seconds the pediatrician will appear on your screen. You can consult, get advice, call an ambulance, to verify the correctness of their actions. It is very convenient.

The doctors are entitled only to online consultations for now. But already now one can say that the result of launching telemedicine in Russia is hundreds of lives saved. Because in the course of simple oral consultations the doctors can see the symptoms of serious diseases. This is especially important when it comes to cardiovascular diseases. The patient considered his or her symptoms as harmless and online consultation urged them to call an ambulance and to avoid a serious cardio event.

Telemedicine will allow many people to get answers to questions that they sometimes hesitate to ask. For example, in Russia recently it has been launched an opportunity to consult a gynecologist through the telemedicine channel. The first month of the channel's operation showed that 80% of calls to these professionals came from men. It turned out that they had a lot of questions, they just didn't ask them. But telecommunication allowed them to voice them. Of course, most of all they asked a lot of questions about emergency contraception. But the fact that they turned to the doctor for advice and not to chats is very good.

The whole health care system will have an apparent advantage from telemedicine — primary care doctors will start to unload. This is a huge staff of doctors working with millions of non-core cases. This means that the queue to them will be less. Face-to-face consultation will be more focused, efficient and fast.

Telemedicine is cheaper than physical presence of doctor and patient in a clinic. And for Russia it is more than urgent. According to statistics, in 2016, about 30,000 doctors lacked across the country. In Tula Oblast, the medical staff is manned by 40%. And such regions are many. Telemedicine will allow to partly balance this lack. Besides, it will remove geographical boundaries. Wherever the patient is located, he or she always has the opportunity to consult a doctor. For example, doctors at our clinic provide online consultation to patients from Kaliningrad to Vladivostok. ''I think those who at least once have sought telemedicine services appreciate its convenience. For example, young parents often need operative communication with a pediatrician, sometimes at night.'' Photo: telemedicina.ru

It is believed that in the future telemedicine market will develop by analogy with the auto insurance market, where recently there has appeared touch insurance. The car is mounted with special sensors, and the insurance amount is calculated based on the average speed and the number of trips. For example, an elderly man drives a car only to a village once a year. But his neighbour works in a taxi and daily drives for 10 hours. They have a completely different risk. It is true that the first should pay for insurance several times less than the second. What if to apply this model to the doctor and the patient?

Imagine a picture: a person does not follow the doctor's recommendations, eats at night, abuses alcohol, smokes. In principle, according to him, the risks are much higher than for the patient who goes in for sports, goes in bed on time, walks in the fresh air much. And if the data about the way of life instantly was transmitted to the doctor, the cost for insurance would rise or fall. Nobody wants to pay more. Therefore, this model can instill in the patient the idea that it is economically to take care of yourself.