Russian Android from Innopolis: billionaire’s money, the road to the Celestial Empire and shows in Barcelona

INOI R7 smartphone based on Sailfish OS by the Finnish company Jolla has recently been presented at the Mobile World Congress 2017 in Barcelona. The gadget is developed by the Russian company INOI and Open mobile platform, which is based in Innopolis. It's not the only news from Sailfish OS: soon it will be modified for almost all Xperia smartphones. Besides, China plans to invest in the development of the system $250 million on its market. Realnoe Vremya made the top 7 facts about the system, suggesting increased security and an alternative to the two giants — iOS and Android.

1. How a billionaire of energy industry has become a venture capitalist

Sailfish OS has been developed by the Finnish company Jolla, which was created by natives of Nokia. They have developed the platform since 2012. In 2015, they were joined by the Russian businessman Grigory Berezkin as a majority shareholder. For many years he has been in the top-200 largest businessmen of Russia according to Forbes, at the initial stage he was actively engaged in the sale of oil and collaborated with Roman Abramovich.

His ESN group is engaged in energy supply business, it includes engineering companies and media (owner of the brand Komsomolskaya Pravda, his daughter is CEO of the company, who publishes Metro, the largest metropolitan daily newspaper). In 2015, they were joined by the Russian businessman Grigory Berezkin as a majority shareholder. Photo: top.rbk.ru

Last year, Berezkin together with the former CEO of ESN group Mikhail Verozubov also established the company Open mobile platform, which is based in Innopolis.

In September 2016, their development Sailfish Mobile OS RUS was included in the national registry of software at the Ministry of Communications.

It is known that the project has the support of Nikolay Nikiforov. ''I have Yota phone with the new operating system Sailfish at work, it's already working,'' boasted the minister in May 2015.

The primary audience of Sailfish OS was originally called the public sector. As Minister of Informatization and Communications Roman Shaikhutdinov told Realnoe Vremya, if everything that associated with IOS and Android is stored at the company-producer, in the case of Sailfish OS the information can be stored in our country and it will not go beyond the jurisdiction of the Russian Federation. Thus, this OS is more secure compared with their known counterparts.

By the way, FSB checked the Russian mobile platform for security and gave permission to use it. While it is voiced that the project was invested 150 million rubles, in 2018 the cell phones based on the OS will be released. 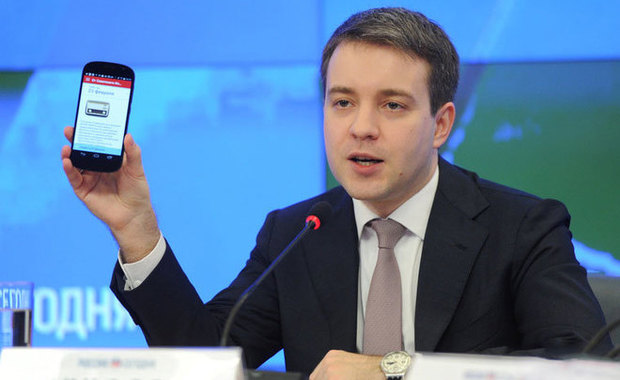 ''I have Yota phone with the new operating system Sailfish at work, it's already working,'' boasted the minister in May 2015. Photo: hi-tech.mail.ru

The media reports that the first cell phone on the basis of that OS for the Russian market was presented at Mobile World Congress 2017 in Barcelona. INOI R7 is a joint development of the company INOI and the Open mobile platform.

However, already in September of last year, it was announced the smartphone Jolla C that works on the basis of Sailfish Mobile OS RUS. According to CEO of Open mobile platform Pavel Eiges, the company was also planning to release on sale Oysters on Sailfish Mobile OS RUS and the smartphone Ermak OMP from Mobile Inform Group designed for corporate user of the public sector.

Following Russia, China has also become worried about its security. At Mobile World Congress 2017 (MWC), it became known that Jolla joined the consortium Sailfish China. The company will deal with software solutions for protected smartphones, ''smart'' clocks, automotive industry and the Internet of things. China is planning to invest $250 million in the development of Sailfish OS.

6. Xperia will make money on the alternative OS

The company Jolla went further and announced at the congress in Barcelona that Sailfish OS would be modified for almost all smartphones Xperia.

The smartphones Sony Xperia X will be first to have the Finnish OS. The release is scheduled for the second half of this year. 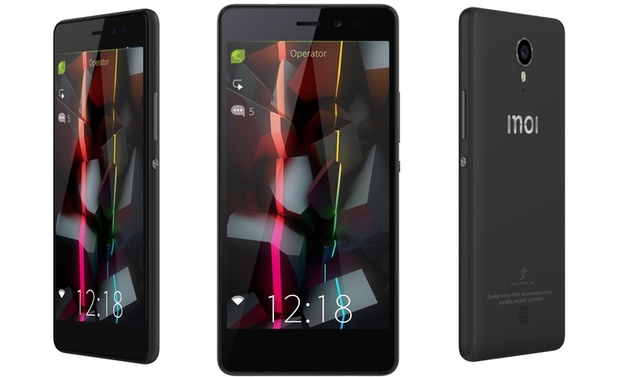 INOI R7 is a joint development of the company INOI and the Open mobile platform. Photo: iguides.ru

7. Slowly and surely to success

In general, despite the fact that Jolla presented its Sailfish OS back in 2012, it cannot be said that everything ok in our company. Nevertheless, though at slow pace, putting strees on security, it make advances on the market. In addition to China and Russia, in 2016, India became a partner of the company, where the smartphone on Sailfish OS also went on sale. Jolla also worked to establish contacts with potential partners, however this still has not led to the wide popularity of the gadget on the Finnish OS. Nevertheless, the company is continuing to develop it OS. For example, at the beginning of February of this year they presented Sailfish OS 2.1, which have new functions that though have already been presented in iOS and Android.